There is a great deal I could say on this subject since I've spent the majority of my life suffering under the hands of people much stronger, and better able to vocally express themselves, than I will ever be. My years of tears, torment, self-doubt, apology, and never feeling good enough have stripped me of most everything. But through all the unrelenting difficulties, God has been by my side lifting and encouraging me not to give up because his ways are not my ways and what will never be understood in this life will be compensated for in the next.

I believe I have mentioned in past posts my mother blaming me for the farming accident, that instead of taking my younger brother's life, committed him to an existence of mental and physical disability. She also never believed me when I told her that my violin teacher was molesting me and even came after me with a butcher knife because I wouldn't condone a relationship she was having. The trauma I experienced under her hands is better understood now, and I hope complete healing occurs when I get to the other side. But her attitude and behaviors towards me led me to marry a man who also needed to be in control. He blamed me for everything that went wrong in our marriage, including the inability my body had in carrying an already conceived child.

I have spent years trying to come to terms with the divorce I had to pursue to save my life and the trials that came as a result. It was very easy to blame myself for not being stronger, but I believe now that my strength lay in getting away. The months I've been silent in my blogging were spent writing a trilogy about abuse and how one woman survived its unknown consequences and blessings. Much of what she suffered came from my own marital experience, but I have tried to make the story universal in its appeal since all abuse comes from a place of anger and need to control. I was lucky in many respects but still have trouble trusting. That's probably why I've remained single for the past twenty-five years, but the past few months have seen a release of some of the pain. I find myself wanting to be held, loved and cherished by a man I can love with my whole heart and who does not bring so much fear. I believe healing is possible for anyone, but it doesn't come without work and a willingness to let go.

I'm including a brief summary of the first book, and directions for obtaining it, in case anyone reading this post knows someone who might benefit from a fictional story based on fact. Book two is also available in print, e-Book and Kindle Unlimited formats. And the last in the series should be out before the end of the year. My characters have yet to tell me how they want it to end. Please know that my thoughts and prayers are with everyone who suffers the affects of abuse. It is never deserved.

When the abuse in her marriage nearly costs Everly Todd Holt her life, she makes a bold and drastic move. But she is unprepared for all the loss. On her own after twenty-two years, with even her children turned against her, she sets off to find the biological family she has never known. There are only two memories to guide her—the name of a town in England where her father was supposedly born and a never-seen image of a family crest with three animals on it. With nothing left to keep her grounded, Everly sets off on a voyage that has every chance of turning out as badly as her loveless and destructive marriage. Will strangers help her find her way, or will they only add to her heartache?  It’s a risky journey, but she has nothing left to lose.

All books available in both print and eBook formats at https://amzn.to/2BXNSdv 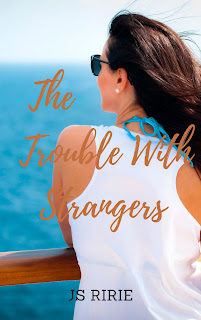