The Goals Not Set

Here it is, almost the end of January and I have finally decided to make an accounting of the goals I didn't even bother to set this year. Like many of you, I spent a lot of time deciding what I thought would be attainable in areas like physical, emotional, mental and spiritual health. I included things like eating less, moving more, doing something unselfish for someone else each day, counting my blessings with more intent and doing better at staying on top of things that needed to be done around the house. I'm sure each of you could add a hundred more items to that list, but by this time each year my enthusiasm always wanes. I was more intent on being like everyone else who wanted to look like Barbie or Ken instead of a real person who had been created by an Eternal Father who knew what he was doing by making each of his children just a little different than all the rest.

I really didn't want to exercise more or give up my addictions to chocolate, ice cream or chip dips. Nor was I happy about spending more time doing things for other people if it meant getting dressed up and leaving the safety of my home. I am a complete introvert and social interactions are very difficult and draining to me. I can't even get excited about going out to lunch with one of my female friends because I can't think of anything to say. And when one of my sisters, who use exercise more like a religion than an attempt to stay healthy, drones on and on about the hours she spends each day lifting weights  and twisting her body into uncomfortable positions I want to gag. Nothing sounds more boring that doing repetitious movements that require no intellectual thought.

I'm not saying that goals like that aren't honorable and worth the effort, but they are just too hackneyed and unrealistic for me. I have been setting similar ones my entire adulthood and have never been able to stick with them for more than a few weeks. Perhaps that is why I am carrying around more weight than I should. But I simply can't believe that staying 10 to 20 pounds under what the, supposed, experts say is the weight a person should be at for a specific height is any healthier than being that much over it. I would starve to death if I only ate a bowl of cereal and some fruit for lunch and a salad at night. Besides being boring, it would take all the joy out of living.

So I purposely didn't write down any goals this year. All the really important ones pertaining to my eternal wellbeing had already been set, and adhered to on a daily basis, like praying daily, studying God's word, being honest in my dealing with others, actively participating in church assignments, supporting members of my family and taking time for personal introspection. Of course, I miss doing one of those things occasionally because I get tired and distracted like everyone else. But the minute I recognize my error, I do something about it.

I didn't even commit any new resolutions to mind, except for trying to get my blood sugar under better control. I figured if I could do that one thing everything else would automatically fall into place. I would have no other choice than to eat more responsibly and get on my exercise bike more so I wouldn't feel sluggish at night and have every muscle in my body sore from sitting in one place for too long. Arthritis has become an unwanted friend, but there really isn't a whole lot that can be done to reverse it.

I don't know what my A1C is doing right now and won't have it checked by the doctor until May, but I do know that some of the stress I felt over the holidays is gone. I decided that what I really wanted to do with the month of January was write for as long as I could each day, without getting eye strain or a headache, and not feel guilty about doing it. Other retired people could make time for the gym, plan activities with friends, go on a cruise, learn to knit or spend hours in front of the television set if they wanted to. But for once in my life I was going to concentrate on what made me feel most creative, even if no one else understood or appreciated it.

I had no idea how quickly my life was changing until a few days ago when I realized that I was waking up between five and six every morning--during the winter, no less--excited about turning my computer on so I could see what my characters had to tell me in the new book I was writing. Even when I was having the accurately-named writer's block, I wouldn't stop working. If it took me two hours to type a page, instead of the one that I usually averaged, I felt more invigorated than frustrated because I understood that my abilities were growing as I took the time to unravel what had caused the blockage.

I was thrilled a few minutes ago when I saw that I had written over 150 pages of a novel in less than four weeks, doing a great deal of editing as I went. I'm not saying that giving into one's passions is always wise. Some of them are more detrimental than useful, but I have found that concentrating on something I love, rather than the things other people think I should be doing, has made me happier than I've been in a long time. And I am seeing lower numbers when I prick my finger more days during the week than I have for months.

I still spend two days a week volunteering with work I consider important  and am always available when someone needs my help. But I'm no longer going to chastise myself for being so unlike most everyone else because I want to do something I feel I am good at instead of torturing myself because I'm not stick thin. God made me to appreciate the printed word for a reason, and I would be doing myself a real disservice if chose to ignore it. Other people can do what they like, but I feel more liberated than ever because I no longer care what anyone else thinks.

Perhaps a little wisdom does come with age, or maybe I'm simply deluding myself. But it sure feels good no longer feeling the pressure of conformity. Even if no reads a word I've written, it really doesn't matter. I like what I'm doing and am learning more about myself in the process. After all, isn't that one of the purposes for life? Learning who we are when no one else is watching?

Anyway, I can't wait for February. My creative juices are flowing, and I don't want them to stop. Hopefully, you'll be able to spend a little time thinking about what makes you really happy. There may be a season for everything, but there are perfect moments each day. May each of us find and cherish them. 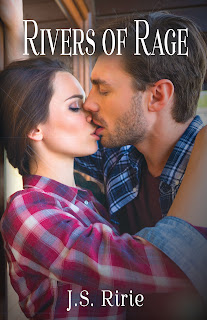 All books available in print and eBook formats on Amazon at https://amzn.to/2BXNSdv