This won't be as long as usual since I'm still in pain. After having such a great January, as I explained in my last post that talked about doing something creatively exciting instead of writing down my usual list of goals, I was simply waiting for the next shoe to drop. But I didn't expect such an uncomfortable blow. I've been doing a little updating in my home so it would feel more like me and take away some of the eyesores I've hated since moving in nearly seven years ago. The granite countertops went in without too much of a hitch right before Christmas. Then I spent most of January waiting for the flooring I wanted throughout most of the main level to arrive.

There was plenty of carpet available, but I wanted laminate floors because I knew they would never grow ugly and have to be replaced as long as I took care of them. Besides, with all my allergies it just made more sense. It took three months for my backorder to arrive, but by the first of February the installers were ready to go. With no one to help me, I began boxing things up and moving them into places where they wouldn't get ruined by dust or be in anyone's way. I wasn't the least bit sorry to see the old carpet being tossed. It was being held down by a hundred little nails in all the places it had buckled anyway.

But with the prep work done by noon the first day, I was told that they wouldn't be able to start laying the new floor until morning because they had another job to finish first. That was irritating, but I let it go and swept all the floors again and settled in on the sofa for the night. I'd had to take my bed apart so its parts could be moved. Sleep was intermittent at best, as it always seems to be when I'm going through any kind of mess, but I was ready for another late arrival as soon as the sun came up. This time I was told that the boss wouldn't be coming to help. He was spending the day with his pregnant wife.

"Goody," I thought. But the twenty-one year old young man seemed to know what he was doing. So I went into my office to work since it was the only place I would be out of the way. He got most of the great room finished, but said it would take him until the early morning hours to finish and he would do better work if he came back in the morning. I agreed since my nerves were pretty much shot. I cleaned up everything I could find after he left and then spent another night on the sofa. He managed to finish by three the next afternoon, but I was unaware of just how extensive the silicone mess he left behind was. I could see large smudges of it when the overhead lights were on and raised bumps seemingly everywhere, but research on the internet told me some of it might come up with alcohol. I spent a couple of hours scrubbing but it didn't work.

So before I went to my volunteer job the next morning, I picked up some goo-remover at Lowe's. I spent a couple more hours on my knees that night trying to get it up and started putting a few things back together. I'll omit the rest of my ordeal since I know many of you have experienced it, but by Saturday night I had the floors polished and was ready to sleep in my bed. Unfortunately, I was also starting to develop a rash in an embarrassing place I won't mention. By the next morning all I wanted to do was scream, but I figured I could live with anything until Monday when urgent care centers were open. I really didn't want to go to an emergency room.

Much to my surprise, the doctor told me I had shingles and a UTI. I'd had the first shot and hadn't thought much about ever getting it because I try very hard not to get overly stressed. But when it hits it is ruthless, and I must have taken on more than my body could handle during my renovation projects. I picked up some meds and lidocaine patches at the pharmacy but knew there was nothing I could do to spend up the recovery process, although the doctor felt we had caught it early enough that it shouldn't get too much worse.

I spent forty-eight hours in horrid pain, but I was able to sleep last night and feel like I will be able to return to my volunteer work tomorrow. I've always believed in the power of prayer, but my quick recovery from something that could have lasted so much longer has certainly increased my gratitude for God's love and protection, along with the marvel of modern medication that can treat so many rough things. I still have four days of meds left to take and they cause some uncomfortable nausea, but when I get on my knees it is with complete gratitude in my heart.

I don't know what this has to do with making new year's resolutions, but I thought it rather ironic that such a low could so immediately follow my jubilant high. Nonetheless, it's all part of the unavoidable things that happen just because we are part of the human race. I suppose all I can really say is that it is so important to cherish the beautiful moments of fulfillment and joy because the bad will always slip in. At least that's been my experience. And it's a good reminder that there is always someone above who is there to listen and offer encouragement and hope. For so many of us, we don't have anyone in our homes to fill that very basic need.

By the way, Happy Valentine's Day. Don't know that I'll get another post out by then.

All Books available on Amazon at https://amzn.to/2BXNSdv 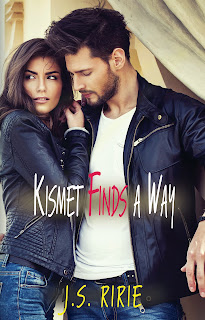