What July 4 Means to Me

At the northwest corner of my house stands a tall flagpole that my neighbor erected long before I moved here. I can hear the whipping of the fabric of our national emblem of freedom and peace on a very windy day and see it from the corner of my bedroom window as I start my day. I greets me as I return home and reminds me as I am working in the yard how much the past seems to have become lost in the push for ideologies and many other things that are far different than what the average American believes in or wants.

I have tried not to think too much about the 4th of July this year because all it does is make me cry. As a baby boomer, so much of the country I was raised in has disappeared that I hardly recognize it anymore. I was too young to appreciate the Vietnam War, not that it was ever recognized as being a good thing by very many people, but it still impacted the lives of millions of Americans who came home tarnished and disillusioned to a point where they were never able to fully recover. The same thing applies to the sexual revolution of the sixties where every moral value of the past was questioned as drugs and the concept of free love overtook the sound reasoning of parents who only wanted what was best for their children. And the courageous actions of people like Rosa Parks who helped usher in the right kind of equality for every American were imprinted on my heart as I watched a revolution take place during my own lifetime.

I remember the morning I sat in a class at school and word came over the intercom that our president, John F. Kennedy had been shot. I couldn't move for the longest time as we listened for further word. The tears, fears and disbelief were so strong in the room that day they really felt like they could be cut with the proverbial knife. That shocking and unparalleled incident--at least in my lifetime--was followed by the deaths of Martin Luther King Jr. and Robert Kennedy. I thought our entire world had gone crazy back then, but it was nothing when compared to the turmoil, loss of believe, fear, media control of almost everything, unrighteous dominion of members in every branch of government and the unraveling of our constitutional rights that is being unleashed today.

The days of my youth when we said the Pledge of Allegiance each morning at school, were allowed to offer prayers, studied history so we  would value what we had and not repeat the past, cherished our belief in the equality of all Americans, not just the rights of special interest groups or government mandated ideas, are long over and greatly missed. I feel deep sadness when the statues and memorials representing those who have sacrificed for others are torn down and replaced with ones of people who have done nothing to show love, respect and honor to what our founding fathers worked so hard to achieve. They were not perfect men, but they were instruments through which the greatest nation on the face of the earth was built. It was a country founded on a covenant with the specific blessings of liberty, protection and prosperity, if the inhabitants would only obey and serve God.

I don't like what is happening to our country, nor do I like the impact it is having on our youth. The ideologies that are being rammed down their throats will destroy so much of what I hold dear and sacred. But as the older generation, I believe we cannot give up or give in. We must continue to fight for our rights, our beliefs and our desires for a future that may never materialize. Each day I hear or read things that cause the pain in my heart to increase as so many of my God-given rights are being stripped away. The thing I find most disturbing is that so many Americans can't see what is happening. They are buying into  the garbage they are being fed without any resistance, or the belief that it will ever impact life as they know it. But in my mind, that is far from being true. We will reap as a nation what those in positions of power are pushing for unless we have the moral convictions to take a stand by supporting people who have the same values we do. I will keep doing that because as long as I live I want to see our flag flying brightly outside my front door.

I would like to end this post with the words from Moses' farewell address to his nation under the same covenant we have (found in Deuteronomy 30). It was repeated by John Winthrop in 1630, Martin Luther King Jr. on the night before he was killed in 1968 and President Ronald Reagan at the base of the Statue of Liberty in 1986. May we really internalize them is my prayer for the 4th of July this year.

See, I have set before you this day life and good, death and adversity. For I command you this day to love the Lord your God, to walk in his ways, and to keep his commandments. But if you turn away, you shall certainly perish; you shall not long endure on the soil that you are crossing the Jordan to enter. I have put before you life and death, blessing and curse. Choose life--that you and your offspring might live. That you may love the Lord your God, and that you may obey his voice, and that you may cleave unto him: for he is your life, and the length of your days: that you may dwell in the land that the Lord swore unto your fathers, to Abraham, to Isaac, and to Jacob. 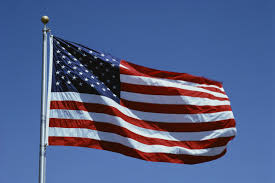