Love this time of year. The colors and cooler weather cause me to reflect on what I've accomplished during the summer months when there's always too much to do and so little time. It also gives me a feeling of peace knowing that things will slow down, and I'll be able to schedule more time for activities that are a little closer to home like canning produce from my garden, watching the pumpkins turn orange and anticipating the holidays when all the craziness will start again. What do you most like about fall? Love to hear from you. 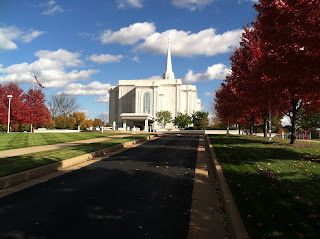 Look for the unexpected in the most mundane day. It might surprise you. Brylee does just that as she faces challenges almost too great to handle. As she says early in Indecision's Flame:

"I looked down at the ring on my finger and thought about Ben. He’d encouraged me to make peace with my past before we were married, and he’d helped me understand the importance of family even when they’d hurt me beyond belief. I’d fought him on the idea of going home for months but finally realized that I could never be happy in a new life while the old one was still causing me so much pain. I’d grown up, and I’d changed, but what if I hadn’t changed enough to accept the people who had once meant everything to me?"
That pretty much says it for all of us as we try to muddle through some very difficult days, but we keep going anyway.
Posted by Jan Hill Books at 09:51 No comments:

The skies in Utah range from blue to pink to gray to purple and people with chronic lung problems are being told to stay indoors or visit another place until the air clears. As a severe allergy sufferer I get it, but it still makes my heart hurt for all of those whose lives are being ravaged by all the disasters that are raging in our country right now. The coasts are being hit hard by flooding and fires and so many people have lost their homes, businesses and all the little mementos that bring and keep families together. That doesn't even include all the personal tragedies and hard time people live with everyday. Maybe it's time to to take a step back and visualize the things that mean the most to us. Have you hugged the people you love most today or at least contacted them in some way? That's certainly what I plan to do. After all, it usually is the little things that bring the most comfort and joy.
Posted by Jan Hill Books at 07:08 No comments:

I just spent the past two days with my granddaughter doing some of the simple things that make life more amazing like picking fresh raspberries, blackberries and strawberries and watching giant snails creep around the yard. My life here is nothing like Brylee's life in Australia in the book "Indecision's Flame". She has to contend with all kinds of poisonous insects and reptiles, intense heat, no rain, and people who seemed determined to make her life miserable. But then I suppose life can be beautiful anywhere. What makes your life most enjoyable? I'd love to hear that from you.
Posted by Jan Hill Books at 17:45 No comments: 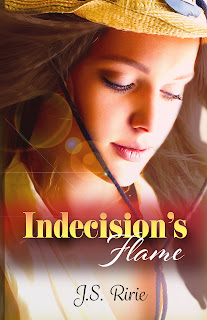 I love this cover. It almost tells the story by itself. Check out Brylee's experience about love, betrayal, and hope. It will make you smile, laugh, get angry and even bring a tear to two.

I am thrilled to let you know that Book 1, Indecision's Flame,is now available on Kindle, written under my pen name JS Ririe. Right now I have listed it at the sale price of $0.99, however this will be going up to $2.99 once the sale is over. You can buy the eBook at https://www.amazon.com/dp/B07G4RMMJN/

Indecision's Flame is about Brylee Hawkins who was prepared to enjoy a bright, hopeful future until her fiancé convinced her to return to the Australian Outback to confront the father that had driven her away. On her own again in a harsh and unforgiving land, she is forced to face a mottled and unsavory past and an even more disturbing and dangerous present.
As unrelenting lies, secrets and cover-ups – including a family she never knew about - continue to unfold, Brylee soon learns that both decisions and indecision are bringing her closer to a point of no return. Will she find the strength to fight the darkness, or will it seep into her soul and take away everything she had come to treasure?

This is book 1 in a 7 book series that has already been written. The rest of the books will be available soon, so if you love this book, which I know you will, you will love the rest in the series. Do me a favor and JOIN my Mailing List so that I can keep you updated on new releases. I'll also be offering giveaways, and even signed copies of the print version. The link to join my list is http://eepurl.com/dCPYVf

Thanks for your support. Do stay in touch and let me know what you thought about the book.

Brylee Hawkins was going home, but it wasn’t for a happy reunion. She was there to confront her father so she could return to the man of her dreams and get married. But the Australian Outback wasn’t the place she remembered, and the truth behind her mother’s unexpected death wasn’t the only reality that would toss her into a quagmire of doubt, suspicion and self-doubt. Lies, cover-ups and betrayals abounded – including a new family, a dangerously seductive ranch hand and the realization that everything she had believed to be true about her past was only an illusion created to protect her. Will she be strong enough to fight the demons alone, or will she sink into a dark abyss and lose everything, including her soul?

“The chemistry between the character had me turning pages anxiously for more. What an exciting book.” - Cathy M.

“This is a romance that has it all - complex characters, an exotic location that captures the reader’s imagination. Mesmerizing. Best of all, Brylee is a heroine for the 21stcentury. She is an accomplished, talented, confident and independent woman who captures your heart.” - Peggy O.

“I’m totally hooked on this book and cannot wait for the rest of the story!” - Joan M. 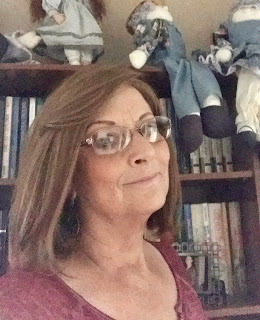